Malocclusion, or also known as a poor bite, is actually a misalignment between the upper and lower teeth, and/or the upper and lower jaw. There are several different forms of malocclusions. The main cause of this disorder is genetics, in other words, malocclusion is hereditary. It can present as an open bite, overbite, under bite, cross bite. The malocclusion can cause many problems for a person, including difficulties in eating, breathing, swallowing, the physical appearance and more. The treatment is provided by an orthodontist.

The causes are numerous and include genetics, bad habits, diseases that affect the bones, caries, premature extraction, periodontal disease, and more. A lot of children have bad habits such as thumb sucking, biting nails or a hard object, tongue thrusting. All of these can lead to a malocclusion if not treated on time. That is why the first time you notice a habit you have to talk to your dentist and get proper advice.

The first-ever classification was set up by Angle, and it’s still the one that dentists used. Angle divided the malocclusions into three classes. The classification is based on the sagittal position of teeth and jaws.

Class 1 includes all cases where there is a neutrocclusion. These patients have a normal sagittal relation between teeth and jaws but can suffer from other conditions such as crowding, overbite, underbite, spacing and more.

Class 2 is also called Distocclusion. These patients have a condition where the mandible is in a retrograde position compared to the maxilla.

Class 3 is called Mesiocclusion. It referred to patients who suffer from prognatism, in other words, the mandible takes a frontal position to the maxilla.

Conditions such as crowding, spacing, underbite, crossbite and more are not in the sagittal relation, so they are not a part of this classification. Different malocclusions can be combined in one case. So one patient can have crowding and a distocclusion at the same time.

The symptoms mostly depend on the type of malocclusion. In most cases there is a visible variation in the bite, that can also transfer to the face. In other words, you will be able to notice when someone has a malocclusion. In some cases, it will be a protruded mandible in others a jaw that is located more to the side and so on. A malocclusion can increase the risk of dental caries and periodontal disease. Often patients have a problem in providing good oral hygiene, because of crowding. They also have an improper bite, that can expose certain groups of teeth to a masticatory pressure that is not natural. That can lead to gingival recession and periodontal disease. With some malocclusions, patients have trouble breathing, have an unclear speaking tone, dry mouth, headaches, pain in the joint and more.

The treatment depends on the type of malocclusion and the age. Orthodontic appliances have to be used to fix the condition. Sometimes it has to be fixed, while in other cases dentists decide to use mobile appliances. The latest advancement is clear aligners. 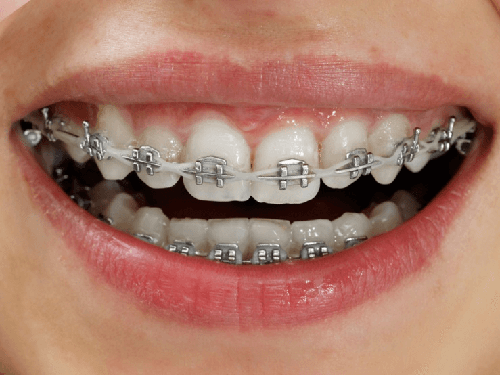