The Branemark implant system is the oldest one in the world. This is also the most tested system with the highest amount of clinical research. They’ve been in use since 1965 when Swedish Professor Pre-Ingvar Branemark first established them. He is known as the “father of modern dental implantology”. There are several different systems dentists can choose from depending on their needs. They vary in width, length and more. The implants show amazing clinical success, stability, and reliability.

Per-Ingvar Branemark is also known as the father and founder of modern implantology. He worked on implants for a larger part of his career. His first discoveries date back to the 1967. His main interest was the process of osseointegration. In other words, osseointegration is the way the jaw bone connects to the placed implant. Branemark presented his work on osseointegration 15 years later in Toronto. This process is the main point of interest when it comes to implanting a foreign object inside the jawbones. He worked on closely understanding which materials are susceptible by the bone, and which are not. The first Dental Implant Consensus Conference happened in 1978. At that conference, professionals from all around the world gathered to investigate and study the basics of implantology, including different methods, instruments and materials. That is when they established general rules when it comes to this field in dentistry. During the conference in Toronto, Per-Ingvar was recognized for his work, and the his Branemark implant system was also introduced to widespread use. His work has led to some of the most important discoveries in the world of dentistry. Thanks to this men, today millions of dentists are familiar with dental implantology and the meaning of these small root-like fixtures. Thousands of people have experienced the benefits of implants in their life in the past several decades. Research shows that today over 5 million Branemark implants are placed in countries from all around the world. 93% of these restorations are still active. 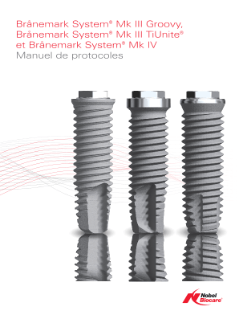 Today the Branemark Implant System is delivered by the brand called Nobel Biocare. They offer a number of different types of implants and other systems. Today, the Branemark system has its own indications, but it’s not as commonly used as in the past. These implants are characterized with an external hex. In other words, there is a difference between implants that use external or internal connection. This is the link between the implant and the abutment. The Branemark implants use the external connection ever since the beginning. It means that the abutment is hollow and the implant is penetrating into it. For the internal type, it’s the opposite. The implant is hollow and the abutment penetrates in it. 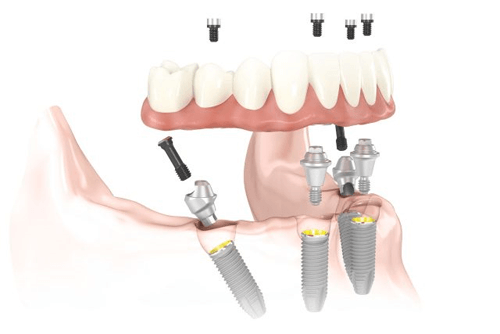 Dental implants are a very important tool, that is an ideal solution for replacement of lost teeth. Many dental offices offer them as a service to patients and change their lives by simply placing implants. When a tooth is lost, chewing and biting are not the only functions that are impaired. Patients experience a number of other difficulties including the ability to speak clearly, movement of other teeth, low self-esteem, bad aesthetics and much more. With the simple placement of an implant, all of these problems go away. They are placed inside the bone, with a special surgical procedure. In fact, it is a very simple process, that is performed by a dental surgeon, maxillofacial surgeon or a general dentist that has a training in implantology. Everything is done under anesthesia so there is no pain.